skip to main | skip to sidebar

Do we need more stimulus checks?

From where I sit, it looks like Americans need jobs more than bailouts or stimulus checks.
Until the unemployment rate is lower, we will need more funding for help with heating bills, food, and medical services, and we need more staff to process those requests quickly.
We need more social workers, to counsel the growing number of people who are hurting and do not know where to turn.
We need substantial incentives, funding, and guidance for business start-ups that will provide jobs. Make those incentives even stronger if the businesses are started in small towns.
We could put a lot of the people to work building and repairing roads and bridges. That would stimulate local commerce. The workers will need places to eat and sleep.
Provide revenue to states to be used specifically for more staff to keep our both our state and our national parks open.
Provide revenue to states to be used specifically for more staff to keep our prisons open and make them safer.
Provide incentives for people over 55, especially federal and state government workers, to retire. If you offered them a buy-out, more workers could afford to pay off some of their bills so they could retire. It should be a requirement that the jobs they leave not be abolished, but they must be available to be filled immediately by people who would be happy to have relatively secure jobs, even if they were to be paid half the salary of the person who retired.
Instead of pouring money into GM and Ford, give citizens the money for a down payment and offer them financing they can afford for the next seven years. That would give people transportation to work at the same time it allows auto workers to keep their jobs and sell cars. The higher MPG a car offers, the sweeter should be the deal.
Encourage telecommuting and four-day work weeks so people can spend more time in their communities. No only would that allow people to save on travel expenses, if planned properly, it could cut the overhead required for government and private industry offices by at lease 20 percent!
Provide tax breaks for grandparents who are providing much of the support for children whose parents are jobless or working part-time at minimum wage, or who are not receiving support from an absent parent, because that person is not working.
For everyone who had an adjustable rate mortgage that caused the payment to increase beyond the ability to pay it, reset to the original rate.
Provide housing/mortgage assistance to everyone who already has suffered foreclosure due to the ARM.
Provide incentives for buying and selling products made in America.
The closing of parks and prisons, declining property values, shortage of jobs are killing our small towns. Unemployment devastates our spirit. Most people do not want to have to ask for food and shelter. They want to earn it.
Each of these ideas would require Americans filling American jobs to make them reality.
“Give a man a fish, and feed him for a day. Teach him how to fish, and feed him for life.” Let’s add to that old saying: “Provide some bait and a pole, and buy fish from working American men and women, and you allow them to provide for their families. You give them a boost so they can reach up and reclaim the dignity that was their American birthright.”

Posted by PorchThinker at 8:37 PM No comments:

We will have to repent in this generation not merely for the hateful words and actions of the bad people but for the appalling silence of the good people. Human progress never rolls in on wheels of inevitability; it comes through the tireless efforts of men willing to be co workers with God, and without this hard work, time itself becomes an ally of the forces of social stagnation. We must use time creatively, in the knowledge that the time is always ripe to do right. Now is the time to make real the promise of democracy and transform our pending national elegy into a creative psalm of brotherhood. 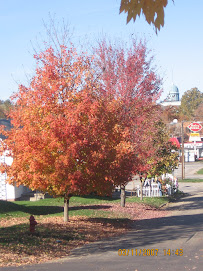